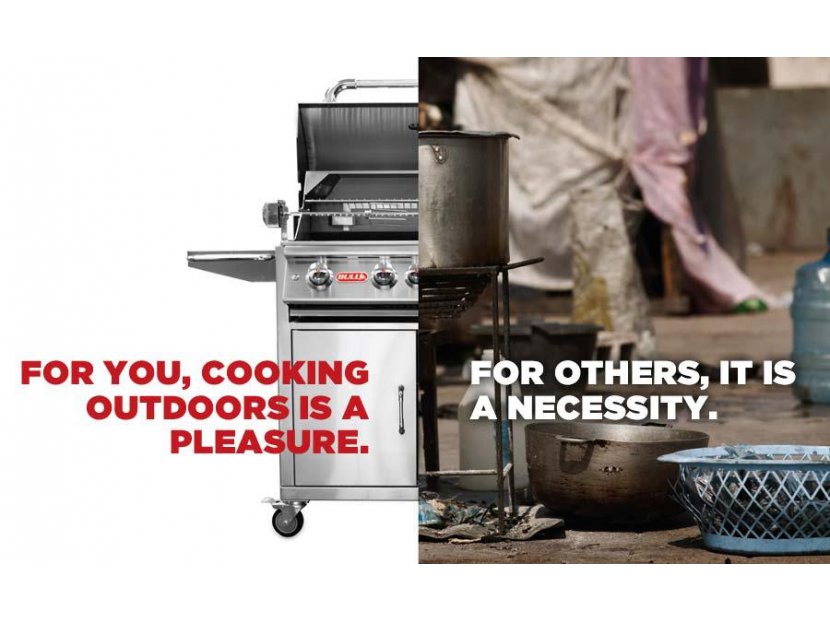 "Not long after a massive earthquake that leveled much of Haiti in 2010, Lodi’s Barbara Nureddine and other members of FAR (For A Reason) visited the country on a tour of several schools.

It was Nureddine’s first trip to Haiti with the education-based nonprofit, and the day was off to a great start. The group taught the children about seed germination before breaking up for lunch.

That’s when Nureddine saw a sight that turned her stomach.

“The first time I went down there, I was absolutely sick to my stomach when I saw that these women were cooking for children out in the dirt,” she said.

The schools no longer had enclosed kitchen spaces. Instead, the women were cooking for the elementary students on charcoal fires, with insects buzzing around trying to get a mouthful of the food, Nureddine said.

It was even harder to see knowing that for some of the students, lunch might be their only meal of the day, she said.

So she called her husband Mark, who owns Bull Outdoor Products, a company that makes grills and outdoor kitchens. She hoped the company could help provide the school with a kitchen shelter and grills to cook for the students.

Bull Outdoor Products decided to take it a step farther.

“Whenever someone purchases a Bull grill, we should be able to give something back,” Barbara Nureddine remembers her husband telling her.

So together FAR and Bull Outdoor Products founded the Grill for Good campaign.

The campaign helps fund kitchen shelters designed by architects in Haiti to be earthquake-resistant. They also get input from teachers and other community leaders, because the group wants to make sure they’re actually helping to meet the needs of the communities they’re helping.

It’s an approach that has worked out well for FAR, which sponsors students in Haiti. The nonprofit didn’t want to simply give charity. Instead, it wanted to help raise up Haitian students who could then turn their knowledge toward helping their country.
In Haiti, Nureddine said, students take school very seriously because it’s not a right. Their families have to pay for them to attend.

She spoke of one student FAR sponsored, whose home was leveled in the 2010 earthquake. He no longer had an alarm clock, because it was destroyed with the rest of his home.

He slept on the stoop of the school each night so he wouldn’t miss classes, she said.

“Their school uniforms are something they hold dear ... because sometimes it’s the only piece of clothing they have,” she said.

FAR has helped the students they sponsor with furniture, school fees and uniforms, and purchased laptops for them to use when they graduate so they have a chance at a better job, she said.

The group visits Haiti several times a year — all out of their own pockets — to find out how their students are doing, see how they can help, and teach classes.

Nureddine has brought her son and daughter on recent trips. Her daughter wants to bring the students home, she said.

“My son plays soccer with the kids, and they already have it all figured out. They don’t even need to speak the same language,” she said.

However, five years after the earthquake, many families have been unable to rebuild and are still living in tents, Nureddine said.

That’s where Lodi comes in.

“Lodi is such a giving community,” Nureddine said.

FAR and Bull Outdoor Products will host a fundraiser at the Bull warehouse in Lodi on Saturday. The event will feature a grilling demonstration by Bull chef Jeff Parker, a barbecue dinner and drinks. Tickets are $35 per person.

Nureddine hopes that other Lodi residents will take an interest in helping Haiti.