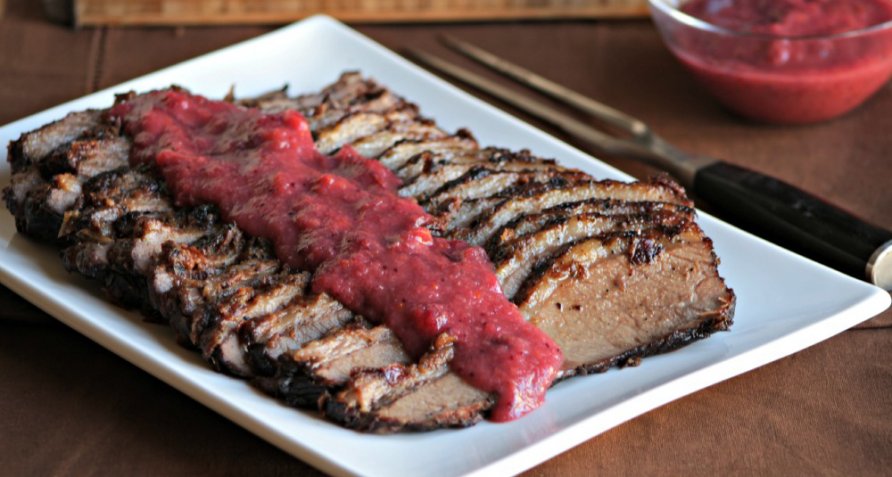 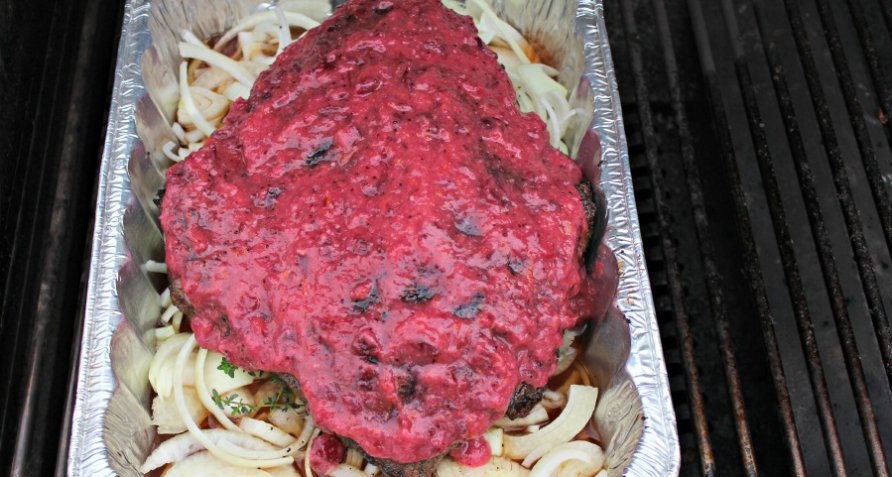 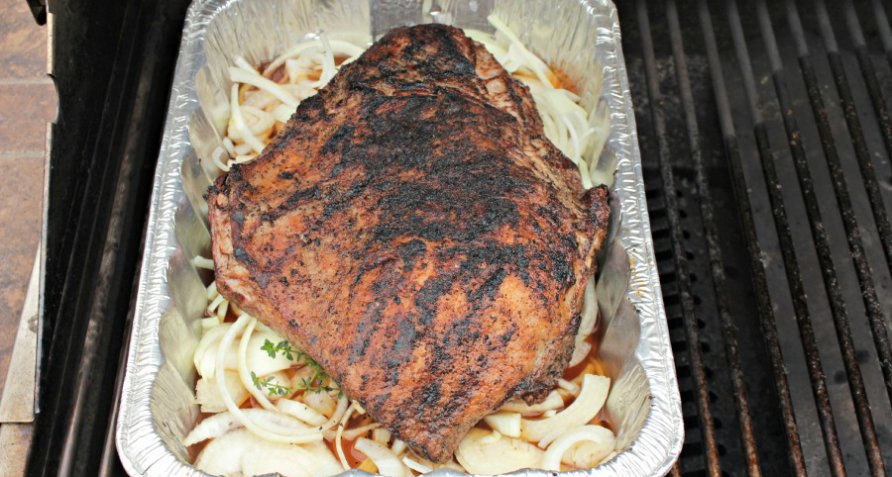 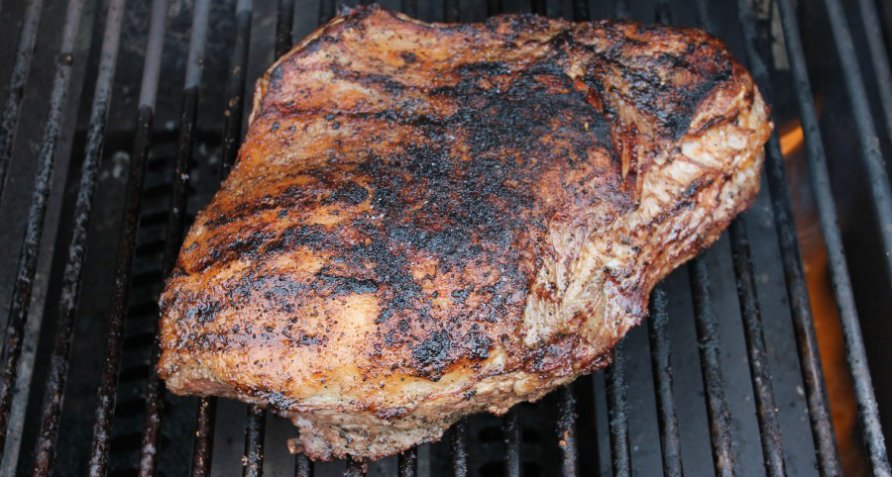 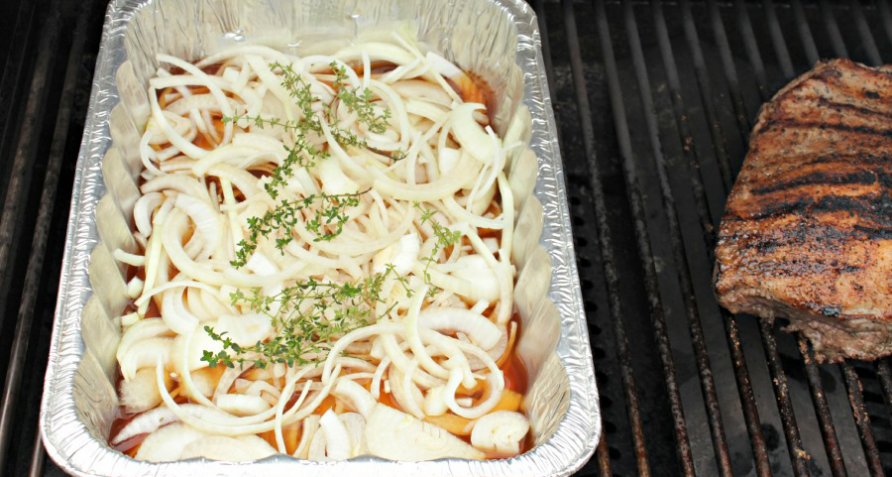 I have been wanting to do a grilled brisket especially for the holidays, but I wanted to do something a little unusual and a departure from the usual barbecue variety (don’t get me wrong, I LOVE barbecue brisket). This recipe was inspired by a recipe I read for a horseradish rubbed brisket and a cranberry braised short rib recipe that I had developed a few years back.  I have to say the results were pretty fantastic!

This brisket is perfect for the holiday table or buffet. The beauty of this recipe is that it really is better if it is cooked the day before and rested in the refrigerator overnight. Simply pop it in the oven the next day about 45 minutes before service to crisp up the crust and heat through, then slice and serve.

The cranberry horseradish sauce pulls double-duty by acting as crust and as a finishing sauce. After searing the brisket over direct high heat to get a beautiful and flavorful brown crust, I slather the roast with the cranberry sauce and continue to cook it over a bed of onions and thyme with indirect heat for about another 3 hours.

If the snow is too much in your area, don’t miss out! Sear the meat stove top and follow the same directions to cook it in the oven – the temperatures for roasting/braising are included in the recipe for grill temperature reference.

For the cranberry horseradish:

Set up grill for two-zones: direct heat set to high and indirect cooking. Preheat the grill and brush and oil grates before cooking.

Sear the brisket on both sides until well browned with bits of char.

Transfer the brisket to the foil pan and place over the onions.

Slather the brisket with the cranberry horseradish that was set aside for grilling. Use it all.

If you have a digital oven thermometer, insert it in the meat now; cover pan with aluminum foil and close the grill cover. Reduce the heat to stabilize the grill at 325°F to 350°F. Continue cooking the brisket for 2 to 3 hours or until the internal temperature of the meat reaches 190°F to 195°F.

[If you want to serve the same day, rest the brisket, covered, for about an hour; then slice and serve according to the end of the recipe. Honestly, the brisket will be so much better the next day…]

Lift the brisket out of the pan and wrap in foil. Cool it to room temperature, then refrigerate it overnight. Strain the broth from the pan and toss the onions (unless you want to make onion soup). Cover and refrigerate the strained broth.

To serve: Preheat oven to 375°F. Remove brisket from the refrigerator and unwrap the foil. Place brisket on a baking sheet, uncovered, and roast until the the top of the crisps and the internal temperature hits 160°F. Meanwhile, skin the congealed fat from the broth and measure out 1 cup; add the broth to a small saucepan and heat. To a second saucepan, add the reserved cranberry sauce plus an additional 1/2 cup of the broth; stir to combine and heat to just a simmer.